AN ANALYSIS OF “THE SIMPSONS” THROUGH VISUAL INDICATORS

Home » Creative » AN ANALYSIS OF “THE SIMPSONS” THROUGH VISUAL INDICATORS

AN ANALYSIS OF “THE SIMPSONS” THROUGH VISUAL INDICATORS 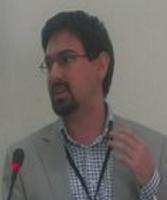 In this paper, The Simpsons (1989-) is analyzed based on the critics of capitalism by visual indicators which are categorized as character, light, and color. The content analysis method is used and 1st, 18th, and 24th seasons of “The Simpsons”. In general, The Simpsons is an example of a typical American family with five family members: Homer, Marge, Bart, Lisa, and Maggie. Springfield is the town where The Simpsons live in. Homer as the figure of the father is characterized as a liar, clumsy, incompetent, and lazy with a lack of communication ability with his son, Bart. The communication problem with each other is noticeable. Homer is working in a nuclear power centrally and his boss is defined as the symbol of savage capitalism with his attitude and manner towards the labor. Bart is an American teenager willing to do crazy things and trying to be cool and popular in his school. He is not interested in lessons and an unsuccessful student. Despite the men in the family, women members are characterized as hard-working, ingenious, and practical. As a mother, Marge holds the family together and trying to solve the conflict and the problems of the family in a rational way. Marge is insightful, intelligent, and self-confident. Lisa is also a smart girl having good habits such as music and she is keen on environmental issues. The Simpsons reflect a sample of a post-modern family of the twentieth century with common anxieties of today’s modern living conditions.