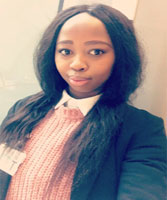 There is vast literature documenting labour strikes, the majority of these studies were done in developed economies such as France and United States of America, while there is limited studies from South Africa. The South African Labour Relations Act 66 of 1995, offers workers the right and ability to strike- implementing the views of Kaufman ,2010: that labour is not a commodity but it is embodied in human beings. South Africa is one of the nations that has imbedded the right to strike as a fundamental right. So, it is pivotal that I investigate how the 1995 amendments of the Labour relation act, amongst other factors has resulted to high levels of industrial action in South Africa. The main objectives of the study are to examine the roots of strikes in South Africa for the period 2005-2017. The study found the following as common causes of strikes in South Africa: (a) Labour Relation Act is the one of the main causes as it mostly protects employees more than employers, in most cases trade unions in South Africa poses high demands on wages and other compensation and these causes about 90 percent of strikes in the country. This has not always been the case, for example in year 2003, working conditions accounted for 18.5 per cent of strikes and off lately in 2009 working conditions accounted for about 4.5 per cent of strikes in the country. According to the 2017’s edition of Industrial Action Report, grievance, refusal to bargain and socio-economic and political condition also contributed significantly to work stoppages in SA throughout 2017, accounting for 18.5%, 13.8% and 2.7% respectively. Strike action are associated with loss of production which reduces actual GDP, and in the long run result to loss of investment which diminishes prospective of GDP[ CITATION Mur141 \l 7177 ].

The country counties to record high levels of unprotected/ illegal strike action. Surely this argues LRA as flawed. The Labor Relation Amendment bill, 2017 seeks to amend the LRA 66 of 1995 with the intentions of addressing violent and prolonged strikes, at the same time strengthening and promoting collective bargaining in SA. Firms, workers and trade unions has a contradicting outlooks towards the bill but overall they approval the bill. The pass of this bill could result to reduced violent and unprotected strike action in SA, thereafter increase accountability from trade unions action while reducing damages and loss faced by firms. Surely it is possible to imagine labor laws that are characterized by high success rate of voluntary resolution when it comes to collective bargaining but it is pivotal for SA to priorities socio-economic issues in order to achieve such goals.