WHO GOT THE SOLUTION? CHINA, MAYBE

Home » Creative » WHO GOT THE SOLUTION? CHINA, MAYBE

WHO GOT THE SOLUTION? CHINA, MAYBE 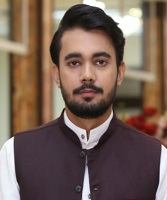 An Athenian historian widely dubbed as the father of “scientific history”. He has also been known as the father of the school of “political realism”; son of Olorus and born in Halimous, Athens. The work for which Thucydides got famous was the recount of the fifth century BC war between Sparta and Athens in “The History of the Peloponnesian War”. He coined the theory that a rising power (Athens) will come into conflict with an already dominant power (Sparta) as the two have diametrically opposing interests that make conflict an almost certainty and war is the only outcome. Thucydides wrote on the state of Greek affairs in The History of the Peloponnesian War which describes a series of wars between Athens and Sparta that changed the balance of power in Greece. The rise of Athens spawned fears in Sparta, an already established power who subsequently started to arm itself for war. Sparta would go on to win the war but at a tremendous cost that hurt it immensely and paved the way for new powers just 30 years later. He wrote: “What made war inevitable was the growth of Athenian power and the fear which this caused in Sparta.”

American political scientist Graham T Allison Jr. circulated this concept as “Thucydides Trap” which appeared in an article in The New York Times on April 6th, 2017, on the occasion of US President Donald Trump meeting with Chinese President Xi Jinping, which stated, “Both major players in the region share a moral obligation to steer away from Thucydides Trap”.

The election campaign of Donald Trump in 2016 was seen as a blind hitter where he continuously portrayed China as the enemy. The dispute which could turn into skirmish was mainly the South China Sea. The disputes involve both maritime boundaries and islands. Trump’s administration has increased the freedom of navigation operations in the South China Sea region as a part of its dynamic force employment strategy, which flared up the tension. Though, China and the United States never fought on the front line despite severe tensions in the South China Sea. With all the tensions and life going, there emerges a virus in late 2019 in China.

The virus known as COVID-19 spread widely around the globe like bushfire. The fire was dealt with, but there are no answers to deal with it, but precautions. This virus hit hard to the US economy and its western allies. According to statistics, it affects about 7-10% of the economy. The global GDP hit with a wave of 3-4 trillion dollars. Business is on stand hold, airlines stop, tourism industry got no tourists, shopping malls, cinema industry, literally everything just got paused. The loss US and its western allies bare are inversely proportional if the US and China got face to face.

The war machine of the US is so spectacularly smart that the US can fight in the South China Sea, it can fight parallel in the Middle East, can also fight in European theatre at the same time. The effect on Hippopotamus by housefly is equal to the effect on the economy of the US if war happens. But, what COVID-19 did is unprecedented. After The Great Depression of 1929, the economy got such shocks now due to the virus. The virus outbreak grounded the economy that more than 16 million Americans filed for unemployment benefits. But, how China combat with the virus without any prior knowledge and liberal democracies of the world still got no clue, is the worry for think tanks of liberal democratic countries.

Can liberal democracies fight with COVID-19? The shock that economy absorbs can disturb liberal democratic order and can promote the authoritarian mindset. The mindset shown by China, Saudi Arabia, GCC countries, or in Singapore has proven to control pandemic as compared to liberal democracies like Spain, UK, Italy, US, France, India, etc. The question arises, is the Chinese model reasonably more effective than the American model? President Trump at many occasions stated COVID-19 as “Chinese virus” or “Wuhan Virus” and manmade or lab-made. Whether this virus is lab-made, or it jumps from an animal host to a human being, anything can’t be said with confidence. The displacement of the economy and human lives is the confirmed outcome right now. There seem a lot of tensions and anger from the US and its western allies towards China, as they held China responsible for this crisis. Does China hold the cards to cool down the anger of its major trading partner?

To lift the global economy, China has to make a certain patterns of concessions to its western trading partners, like a prototype of the “New Deal Era” given by Franklin D. Roosevelt in the 1930s to stimulate the global economy, which results in massive boosting of the economy. It has to be done and it can be done, China holds the world’s largest dollar reserves which stand at 3 trillion dollars. Virus emerges from Wuhan. China has to come forward to regulate the world economy. There’s no other way around.